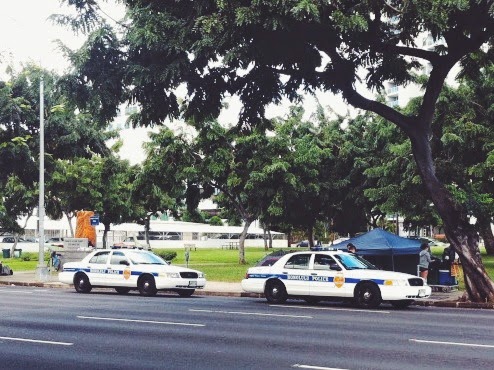 He woke the next morning to the piercing blip of another siren, this time from a police squad car that had stretched itself greedily across the right lane of traffic while its fat, ape-faced policeman tended the gate to the gravel property next to Sid’s strip of grass. “Everybody gonna have to clear outta here immediately,” the policeman declared, as if reading from a script.
Some of the residents, including the haole woman, argued with the policeman about the terms of the present law while Sid sat several yards away, puffy-eyed. It irritated him to hear them bicker—he was tired and wanted to return to his bamboo mat under the shade of his palm.This, of course, was impossible. He would have to pack again, and move, and the idea of it sickened his already empty stomach. 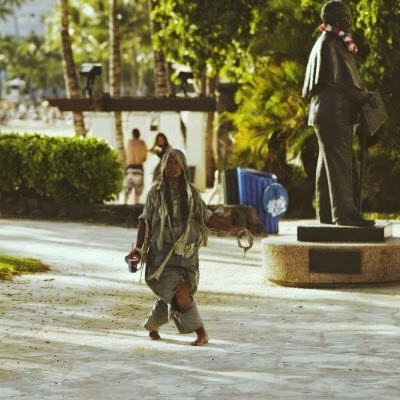